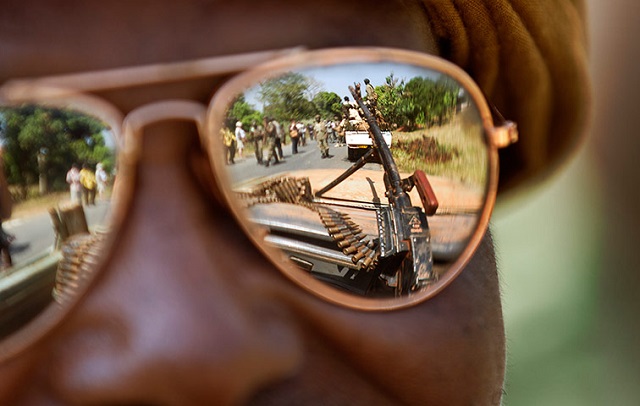 Recently, internal conflicts with deep origins in the recent past and turbulent present realities have drawn special attention on the Central African Republic, one of the least known countries in Africa.

After 54 years of independence, 5 coups d’etat, and one of the longest and most profound conflicts in the region, the Central African Republic seems to be facing for the first time an opportunity for improvement in political terms. However, enthusiasm should be kept within moderate boundaries, as the CAR carries the burden of a history of violent political confrontations, which have not yet been put an end to.

In order to better understand the reasons behind such skepticism, let us go back to a moment which marked the beginning of a period of the bloodiest civil conflicts in the CAR, namely the early 2000’s. In 2003, general François Bozizé overthrew president Ange–Félix Patassé in a coup, after a failed attempt in 2001. Later in 2005, Bozizé won the elections in the second ballot. In spite of this, he failed to acknowledge the mistakes of his predecessors and continued the tradition of governing in self- interest, in detriment of the consolidation of his own political support. More importantly, the disregard for the regions of the CAR controlled by his political enemies only enlarged the gap between Bozizé and those who opposed him, thus giving birth to rebellious movements. Two main strands of rebellion were created, one based in the northeast, close to the border with Sudan and Chad, and one based in the northwest in areas close to Chad and Cameroon. The former consists of an alliance led by Michel Djotodia, who would become a key political figure in the crisis of 2012-2013. The tensions escalated to a point where,  between 2004 and 2007, the CAR experienced a conflict of unprecedented proportions, involving  extrajudicial killings in the north, torture, beatings, and rape of subjects and prisoners. Both the Central African Armed Forces( particularly the presidential guard) and the rebellion were responsible for crimes against humanity.

Several peace agreements were signed between 2007 and 2012, trying to put an end to the civil war. The most important was the Global Peace Accord, signed in 2008, in Liberville, Gabon, which called for disarmament and integration of the rebels in the CAR armed forces.

However, the agreement proved insufficient, as the conflict resumed in 2012, this time with the Séléka alliance as the main camp opposing the president. Séléka is a coalition of several armed groups, joined by fighters coming from Chad and Darfur, and it includes many of the figures involved in the civil war of 2004-2007. The coalition was led by the same Michel Djotodia, and it was the result, on one hand, of the marginalization of the Muslim dominated north-eastern regions of the CAR(most members came from here), and the failure of the disarmament, demobilization and integration of these fighters, on the other.

On 10 December 2012, Séléka seized two- thirds of the CAR, with very weak resistance coming from the armed forces.

Fortunately for the prospect of a compromise, the rebel alliance was in itself divided between moderate and more radical factions, the former ones showing willingness to enter into negotiations with president Bozizé and to conclude a ceasefire.

The moderate side of the rebellion proved to be the dominant one, and very soon, the government and the Séléka alliance entered into negotiations in Liberville. Both camps agreed to allow Bozizé to finish his term as president( until 2016), but with a prime minister chosen by the opposition and a government that would include rebel figures. Séléka’s leader, Michel Djotodia, was named first deputy prime minister in charge of national defence, and a transitional government was formed in February 2013. However, the Liberville Agreement proved to be an extremely short-lasting and weak political statement, firstly, because of the discontent of the military commanders of Séléka towards it, and second, because of the disbelief among the CAR political elites that president Bozizé would respect the commitments of the Liberville Agreement. There existed a general feeling that he would try to block the transition, which was not that far from what came to pass; having Séléka figures in the unity government provided Bozizé with a clearer insight of the weaknesses of his opposition and with the opportunity of intensifying the tensions among the rebel factions.

Due to this and the end of president Bozizé’s regional support, the transitional government and the peace arrangement collapsed. The rebels in the unity government left their posts and rebel groups marched into the capital Bangui, capturing it on 24 March 2013. According to a press release by UNICEF, at least 4.1 million people, almost half of whom were children, have been directly affected by this crisis.

Bozizé fled to Cameroon and Michel Djotodia proclaimed himself president, dissolving the National Assembly and suspending the constitution. Both the African Union and the United Nations Security Council condemned the brutal and unconstitutional nature of the regime change. As a consequence, the African Union decided to suspend the participation of the Central African Republic in its activities and to impose asset freezes and travel bans against the main leaders of the Séléka. In addition, at the domestic level, the unconstitutional rule of Djotodia and the Séléka gave birth to new rebellious movements, such as the Anti-Balaka, a Christian dominated group, targeting namely the Muslim communities in the north. Subsequently, the failure of the Djotodia leadership to establish an effective administration and restore order between Muslims and Christians determined the Economic Community of Central African States to force the CAR president to resign, thus paving the way for a new transition process, which is still ongoing.

The CAR National Transitional Council, a transitional advisory and law-making body, found itself in the situation of having to select a new president who would ensure a smoother, more stable, and ultimately successful transition. Members of the council, leaders of political parties, as well as ministers of the former transitional government were, therefore, not allowed to apply.

At first, Samba- Panza seems to be the ideal figure to fit in the shoes of a president in such tumultuous times: she was born in Chad from a Cameroonian father  and a Central African mother, which makes her- as Think Africa Press stated- the best example of “regional integration”; the background prior to politics reveals her to be a business woman and corporate lawyer. Her agenda introduces a government of technocrats, with 18 members, with the interesting feature of an equal number of men and women. In addition, her speeches urge for Séléka and and Anti- Balaka forces to disarm.

The conclusion that can be drawn after analyzing all the issues should be as prudent as for many other African countries. Everything about the new CAR president brings about optimism and the belief in a peaceful transition to a more balanced political framework. However, the bloody events prior to January 2014 and the postcolonial history of the Central African Republic as a succession of authoritarian regimes reminds us that we should keep optimism at a modest level. Moreover, it would be a mistake to bet the political success of an entire country on just one person. Catherine Samba- Panza is not by any means a Messianic leader. Nevertheless, her background and her political vision provide enough reason to believe that the CAR might experience improvements. The following months are, thus, crucial for the transition and for the possible end of violence in the Central African Republic, and it is up to the political figures in power to manage the simultaneous difficulties they are faced with.