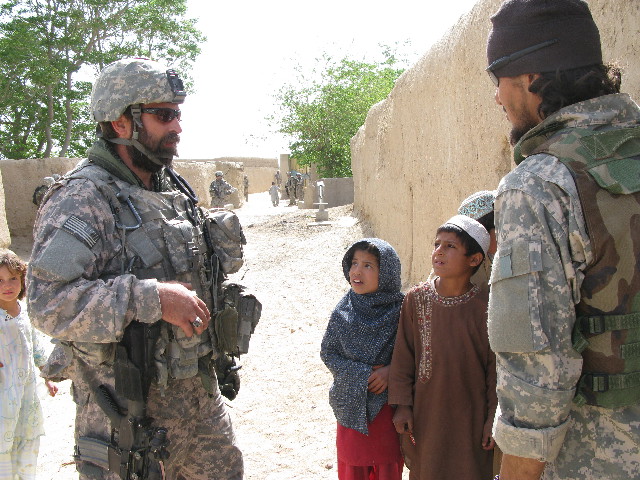 The nitty-gritty of counterinsurgency

Octavian Manea has put together this panel of experts in counterinsurgency and strategic studies in order to highlight some current trends concerning American and NATO counterinsurgency efforts in Afghanistan.

In Afghanistan, General David Petraeus seems to have triggered a little noticed surge in the bottom up village defense initiatives. These initiatives seem to be firmly grounded in historical precedents. In the Malayan Emergency the police and army were supported by ‘Home Guards’ (local, part-time village guards) recruited from the same rural Chinese population that the insurgents courted. To a some extent, we’ve seen the same pattern in Iraq, when the “Awakening Movement” was co-opted and used with the same purpose as the Malayan Home Guards. But to what extent is this endeavor one of the main centers of gravity in winning the current COIN campaign? How important and instrumental are these “local concerned citizens” in changing the balance of power on the ground? Thomas R. Mockaitis, John Mackinlay, Bing West and Karl Hack responded to a 22 weekly inquiry on this topic.

Thomas R. Mockaitis:  Programs like the Community Defense Initiatives can be effective as part of a comprehensive COIN campaign. The Peruvian government used them with considerable success against Sendero Luminoso (Shining Path) in Peru during the 1990s. The British employed them with success during the Malayan Emergency (1948-1960) and the Dhofar Campaign in Oman (1970-75). However, the Strategic Hamlet Program in Vietnam was a failure. Success depends on the national government and national army supporting the local defense forces. The danger in Afghanistan is that the Community Defense Initiative will further weaken the already weak government in Kabul. Local militias could also become players in the all-pervasive drug trade. If the U.S. withdraws according to the current timetable, the militias might even go over to the Taliban if they see them as likely to win.   Thomas R. Mockaitis is Professor of History at DePaul University. He is the author of Iraq and the Challenge of Counterinsurgency, 2008.

John Mackinlay: In the nationally defined insurgencies of the 20th century village defense militias were a reasonably effective measure in the struggle to secure a population against armed subversion. If there was an outbreak of similarly Maoist uprisings in the 21st century as in India, which are characterized by the fact they were territorially limited to a particular state and concerned the overthrow of a particular regime and hinged on the security and support of the population of that territory, then community defense militias on the lines described might prove to be an effective instrument. However this measure tends to succeed better if the campaign is being conducted by a counter insurgent force from the same population (as in Nepal or Sri Lanka) and not by an intervening foreign power (as in Afghanistan) and is also contingent on a number of principles such as legitimacy and the use of minimum force etc.  John Mackinlay is a Teaching Fellow in the War Studies Department of Kings College London. He is the author of the Insurgent Archipelago, 2009.

Bing West: We need to be careful of myths. Of course Malays were willing to defend themselves against the insurgents who were Chinese rebelling against the majority Malays. In Afghanistan, community defense has not gained traction because most Pashtun villages will not organize to fight against Pashtun Taliban that were the government from 1995 to 2001. In Iraq, the Sunni tribes did as a group turn against the Al Qaeda-led insurgents who overplayed their hand; the Sunni tribes came over to the American side that was able to immediately protect them. That is not the case in Afghanistan.

No Westerner can explain why some Pashtuns choose the Taliban fundamentalism, while the majority oppose it. Counterinsurgency theory holds that people most of the time behave like sheep; they will support the insurgents or the government, depending upon which provides them the assurance of persistent security under consistent rules. The Hollywood Western has captivated generations with the narrative of the sheep-like townspeople who are saved when Alan Ladd (Shane), Gary Cooper (High Noon) or Clint Eastwood walked out onto the street to single-handedly gunned down the bad men. That theory, though, doesn’t explain why people rebel in the first place, or how rebels persuade “the people” to support them when they are weak and the people face certain retaliation. The fact is we don’t know the cultural dynamic that causes some peoples at some times in history to rebel against a stronger force. If they didn’t, there would not be an America or, for that matter, a Soviet Union, a communist China or Hitler’s Germany, or Romania today. All revolutions begin from positions of weakness.

American troops like to believe that if they offer a farming village the training to defend against the Viet Cong, Al Qaeda or the Taliban, a desire for an intangible value – like liberty or self-rule – will motivate the farmers to take up arms and risk death. Intuitively, we know that’s not likely. Still, it happens too often to be dismissed. How resolve and courage can cross from the American to the Pashtun culture by offering training to villagers is a mystery. But a tribe whose strength increases the likelihood of victory can motivate a weaker tribe to stand up for itself. Bing West served as a Marine infantry officer in Vietnam. He wrote the counterinsurgency classic, The Village that described the lives and deaths of 15 Americans who lived with 5,000 Vietnamese in a remote village for 485 days. West has made 15 trips to Iraq over six years. He has embedded with over 60 units, talked to thousands from squad leaders to the White House and written three books about the war.

Karl Hack: Home Guard/Area Defence Initiatives are core, but only possible once high intensity operations have broken up insurgent groups in a particular area and a degree of SF dominance of the particular area has been achieved by whatever means (area security measures, small sustained patrolling etc), so that a minimum of security is present.  The numbers involved – if the Malayan example is moot – are huge. For Malaya up to 250,000 for a population of less than 6 million.

A cardinal feature of Malaya and Kenya and other successes is that the existing administration remained on a viable footing, and did not have its cells burst and its financial viability rendered hopless by Vietnamese-style financing at multiples of the host nation financial capability to sustain. The US needs to find ways of building structures which are sustainable on Afghan resources and a modest outside subvention. Otherwise they destroy the basis for the state and render the host nation collaborators little more than clients. Having said that, one would expect that use of existing tribal structures and parttime forces might play a major part in such a restructuring of efforts.

There is an absolutely vital distinction between Malaya and Afghanistan. In Malaya, the link between villager and state (eg screening detainees, providing acceptable outside assistance etc) was provided by the CA – Malayan Chinese Association, a plausible all-Malaya Chinese body. In Afghanistan, attempts to make the intermediary force all-nation level will most likely fail, intercessories will need to vary from region to region and province to province, drawing on acceptable local groups – possibly tribal etc – who also have sufficient stake to risk death. The MCA risked death as communist success meant death to their capitalist model and whole reason for being in Malaya. For Afghanistan the only comparable ‘idea’ to risk death for would apear to be regional/tribal and not national. The national idea is largely alien/shallow and so expensive/intensive to force through at this stage as to carry a high risk of destroying the state making it overwhelmingly reliant on outside funding/officials etc. One needs a joined up strategy on ideas-affordable local defence structures etc, which then go hand in hand with building up Area Security Forces in places where the earlier stage of breaking up larger insurgent forces and building a basic intelligence map have already progressed.

The key thing here is that counterinsurgencies have worked when they hitched themselves to viable local allies, rather than in effect coming to reduce those allies to clients in an alien system over time. The British in Malaya cooperated with Malays and Chinese who wanted a communal solution to politics – despite the British initially wanting to replace communal politics. They succeeded in Kenya by working with those Gikuyu who viewed the Mau Mau as waging a vicious Gikuyu civila war. They failed miserably in Palestine because they would or could not hithc to either side, and in Aden likewise. In Northern Ireland the long war was waged in part-alliance with Protestants, and the eventual peace was due to the two sides realising neither could win, not due to any great British advance.

My worry with Afghanistan is that policy is being insufficiently meshed with local society and insuficiently harnessed to local forces genuinely able and willing to desire. Instead as in Vietnam, there is a tendency towards harnessing the narrow super-stratum who are most westernised, even though in reality that section can only harness society below by using local methods of patronage, tribal affiliation etc. Above all, you need a joined up aproach to COIN and the society it is in, and making that approach work often means sacrificing ideals and western norms to the way the local society and the elites most able and willing to deliver (at high risk of death) work. After all, in Iraq the resurgence was partly about letting local society rip, and local politicians had a plausible financial end-game for high cost security due to oil.  Karl Hack is the coordinator of the Empire and Postcolonial Studies Research Group, Open University. He is also teaching at the same University a course on Empires.