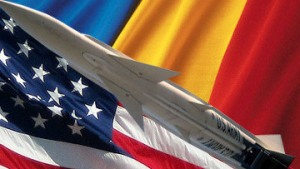 Romania’s President, Traian Băsescu has announced yesterday the willingness of his country to host parts of US the ballistic missile defense system on its territory. The decision to allow the United States to deploy anti-ballistic missiles in Romania was taken in a meeting of the Supreme Defense Council (CSAT). According to Traian Băsescu Mrs. Ellen Tauscher the Under Secretary of State for Arms Control and International Security has formally proposed on behalf of the United States of America that Romania should host on its territory an anti-ballistic missile system. The US State Department has confirmed the agreement while the US embassy in Bucharest has saluted president Băsescu’s decision. Following the CSAT decision bilateral negotiations will be started, however the final approval for the deployment of the missiles must come from the Romanian parliament. The Romanian president has stated that the missile shield is not directed against Russia, but is designed to protect against other threats.

The Romanian political elite was taken by surprise by the announcement, however the news was received with cautious optimism. The leader of the opposition social democrats, Mircea Geoană has stated that this agreement represents a strengthening of the strategic partnership between the two countries, however a public debate on the merits of this agreement should take place before the ratification and the actual deployment. Titus Corlăţean, the chairman of the Senate Committee for Foreign Affairs has aproved the decision of the CSAT and has stated that such an agreement will consolidate Romania’s status in its relationship with the United States. Romania’s Prime-Minister Mr. Emil Boc remarked that this agreement represents a long term guarantee for the stability of Romania’s democracy and that it involves minimum costs and maximum benefits for the country. Former minister of defense, liberal Teodor Atanasiu has stated that the decision to host elements of the ballistic missile shield represents a turning point in the relations with the United States, but Romania’s decision will create tensions in relations with other EU member state and agravate tensions in the relations with Russia. The only Romanian political figure to oppenly oppose the agreement was the former president Ion Iliescu who said he is against it and has asked for a referendum on the issue. It is rather certain that if the negotiation between the US and Romania on the details of the deployment of the missile shield will conclude with a comprehensive agreement, the Romanian parliament will ratify it by a large margin.

The proposition of the Obama administration and the subsequent Romanian agreement could not have come at a better moment for Central and Eastern Europe. Most countries in the region are still doubtful of US guarantees for their security after the announcement made on September 17, 2009 concerning a major overhaul of the original plan to deploy American anti-ballistic systems to Poland and the Czech Republic. Romania’s interim agreement to accept the deployment of land based SM-3 missiles on its territory will likely play down the fears of other Central and Eastern European countries regarding the security commitments of the United States towards this region.

It is hard now to evaluate the political and security impact for Romania of the deployment of ballistic missile defense systems on its territory. From a political and diplomatic point of view this decision marks a reinforcement of bilateral relations between Romania and the United States. Romania may however face criticism from other European Union member states for its decision to host the American missile defense system. It also marks a shift eastward in regard to US foreign and security policy concerning Europe. The missiles will be most likely under the control of the United States, with some sort of a double key arrangement that will give access to the Romanians to the system. This move may be interpreted by some European states as undercutting NATO, which also has planned to develop and deploy a European wide missile defense system.

Although the Romanian president has not mentioned in his statement against which state the missile system is designed to protect against, however the most likely threat will be Iran. The current negotiations concerning the Iranian nuclear program are stalled and unlikely to make progress in the near future. Iran does posses medium range missiles that can target Romania and other neighboring countries. If the system is deployed and becomes operational from 2015 onwards as it is planned and by then Iran has developed nuclear weapons, Iranian leaders will have to face a double challenge: that of anti-missile systems that can counter their missiles and the threat of nuclear retaliation from the US and other European nations (France and Great Britain).

Russia has asked the United States for clarifications concerning them missile deployment and Romania’s announcement. Sergey Lavrov, the Russian foreign minister has called into question the US decision arguing that Russia expects “the United States to provide an exhaustive explanation, taking into account the fact that the Black Sea regime is regulated by the Montreux Convention.” The Romanian announcement has not been received very well also by the Kremlin controlled press. Russian must have expected such a decision, as the September 2009 American announcement did not herald a complete abandonment of US plans to deploy ballistic missile defenses in Europe. The deployment to Romania of SM-3 systems does not pose a direct threat to Russia in strategic terms. As opposed to a Polish deployment, the Romanian deployment cannot pose a threat to Russia’s ability to target with strategic missile systems the United States and it does not afford the US a first strike capability. Furthermore Romania is not situated close Russia’s borders as was the case of Poland. However the presence of missile defense systems on the shores of the Black Sea will not sit well with Russia’s military and political leaders. Romania may obtain some leverage in its already strained relations with Russia by allowing the US to deploy anti-ballistic missiles on its territory.

On the same issue in Romanian:

On the same issue in English:

Romania ‘to host US missile shield’

Romania to host new version of US missile shield

Romania ‘to host US missile shield’